All dogs are sweet and funny. Their unique personalities will blow your mind and these fur friends earn a special spot in our lives.

Have you ever heard of Wiley the Dalmatian? The pup became popular for his heart-shaped nose and this tiny detail makes him really cut. Wiley is a celebrity!

The Dalmatian has an army of fans and gets a lot of compliments on his social media accounts. People want to see more from the pup, and his owner, Lexi Smith, is here to tell his story.

Smith, 28, likes to talk about her favorite friend. According to her, Wiley is “54 pounds of goofy, clumsy, sassy, hungry, cuddly, curious, wild, crazy, silly, happy love,” adding that “No amount of pictures on could ever fully capture all that he is and all that he means to me, he’s my best friend.”

Meet Wiley the Dalmatian with a heart-shaped nose! 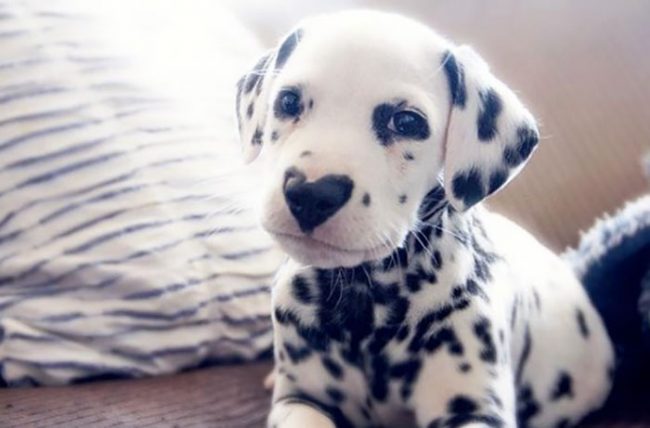 Take a look at this perfectly shaped heart! 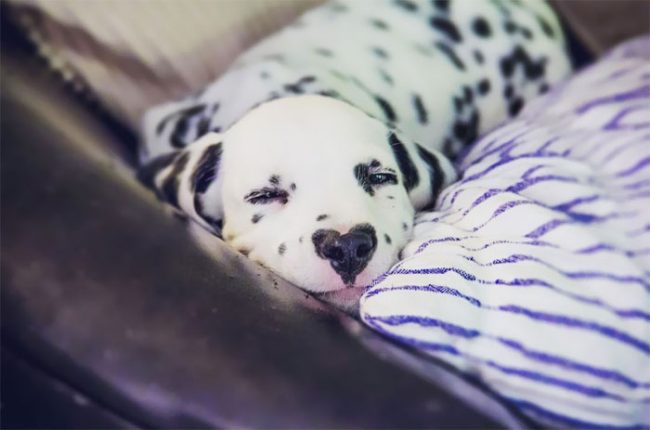 The cutest pup you will ever see! 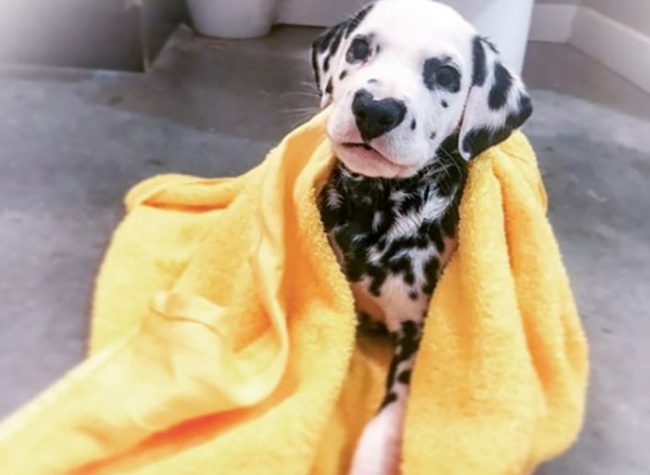 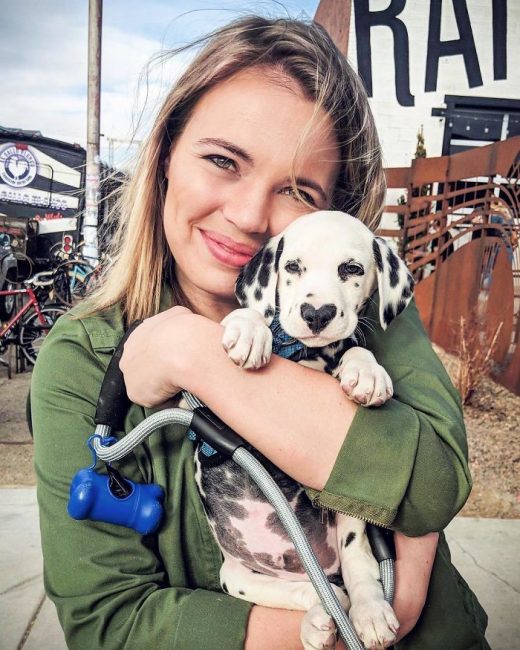 She didn’t choose Wiley for the marking on his face 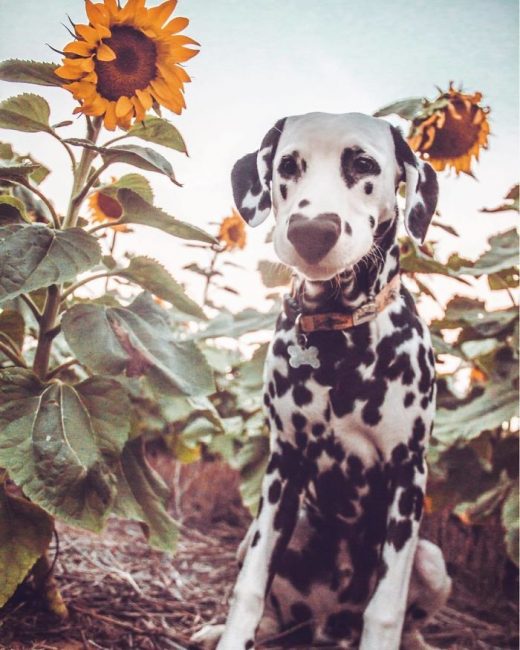 “He came from a litter of 11, and 8 of them were boys, so I had a tough choice in choosing him. The heart was there, but not fully formed to the point where I believed it would stay since dalmatian spots change so much as they grow. I chose him because the breeder told me that all he did was sleep, snuggle, and eat, so we already had a lot in common.” 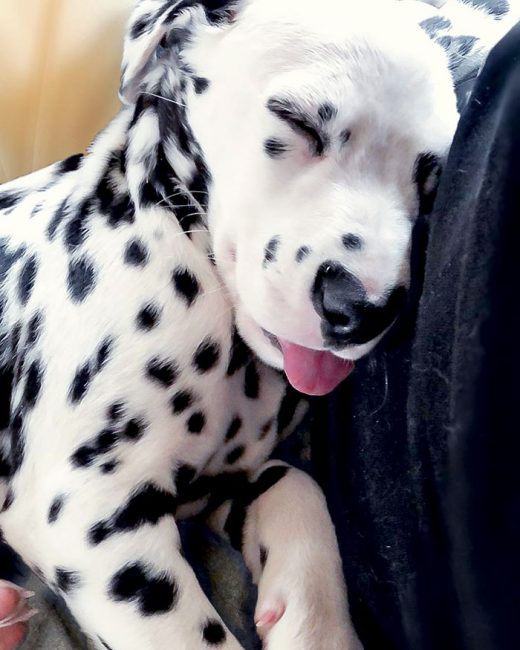 Dalmatian spots change over time, and Lexi thought the heart on Wiley’s nose would disappear 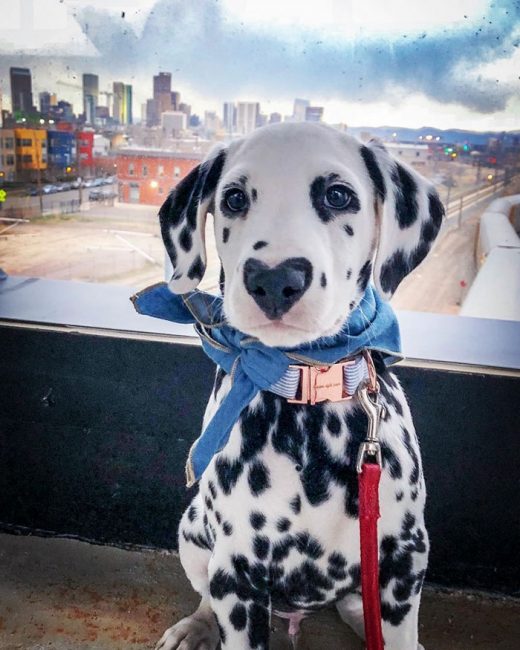 Lexi chose Wiley because he was lazy and hungry little pup 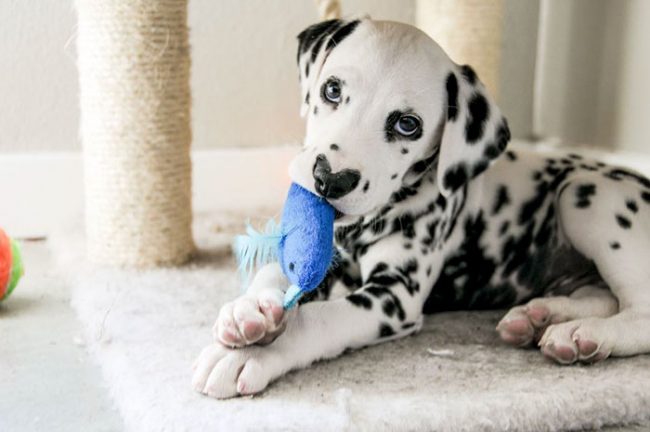 He isn’t that sleepy now 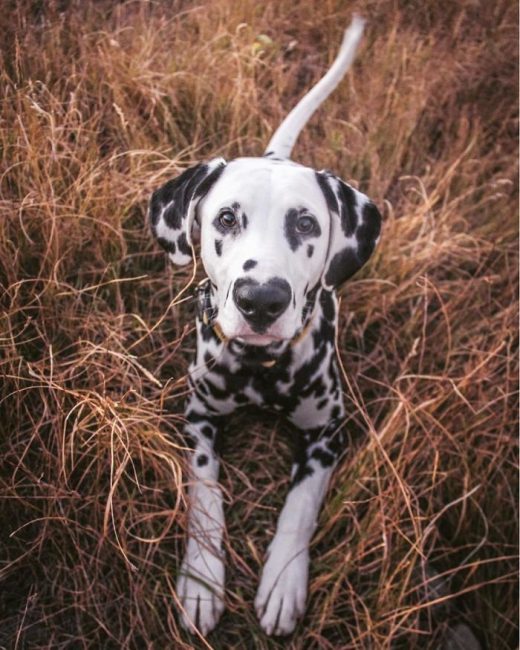 “Wiley has more personality bundled up into his little body than any adorable dog I have ever met.” 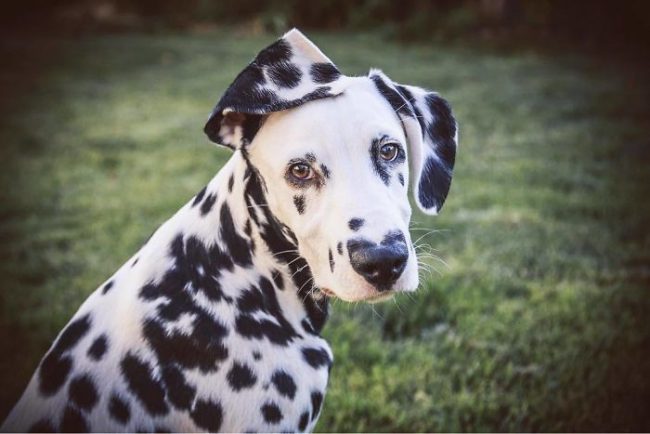 Long walks are the best solution to Wiley’s extra energy! 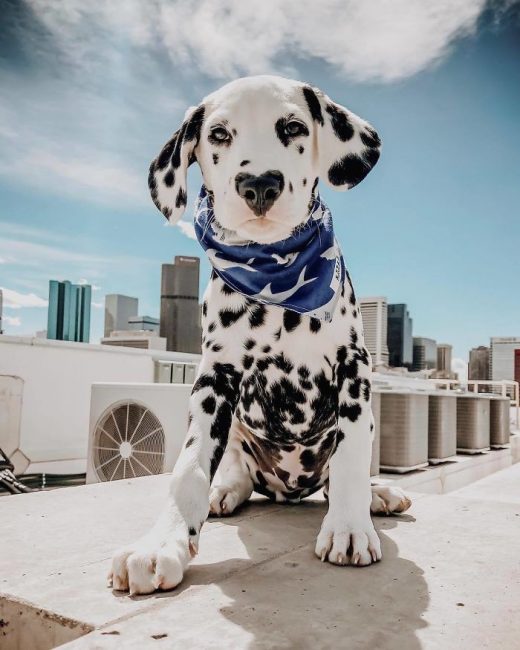 “We are so lucky to live in Colorado and have the biggest most beautiful places to play in and explore. He loves hiking or going to one of the many massive dog parks here.” 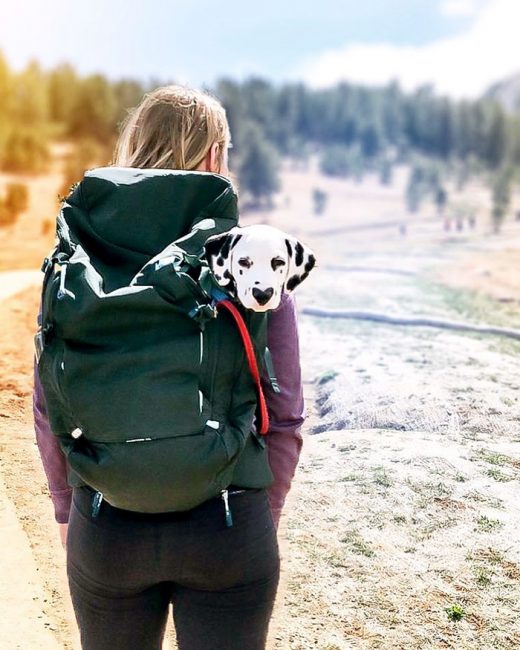 “He also enjoys car rides and sits where he can look out the front window like a true copilot. But when he gets sleepy, he really, really LOOOOVES to snuggle.” 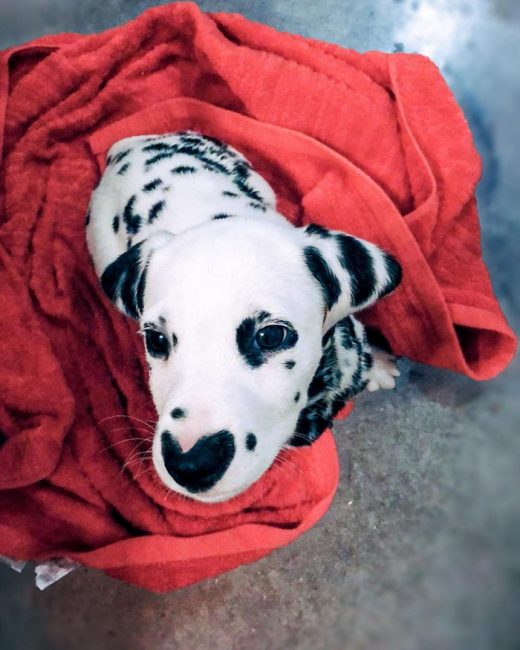 Guess what… Wiley is super stubborn. This didn’t come as a surprise to you, right? All Dalmatians are stubborn. 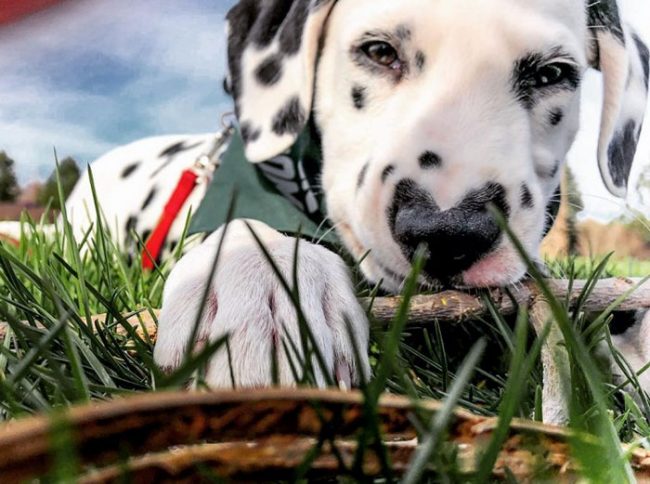 “Wiley’s truest dalmatian traits are constantly making me laugh. Usually, it’s a giggle paired with shaking my head, laughing off total frustration from his stubbornness, but that’s part of owning the breed. If you can’t laugh it off and be creative in finding a solution and training the naughty traits out of them, life with a dalmatian would be such a challenge.” 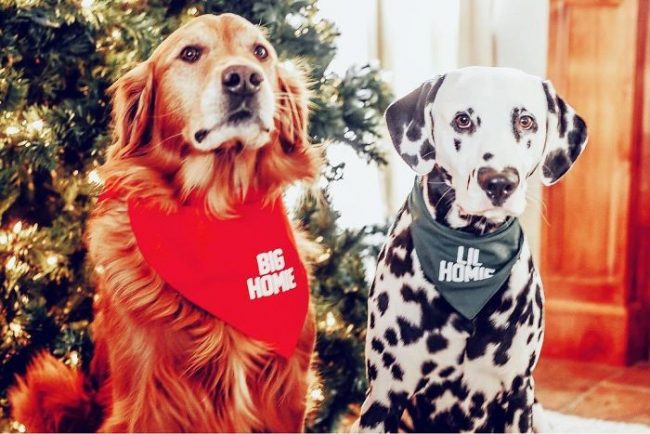 Lexi is fine with all this stubbornness 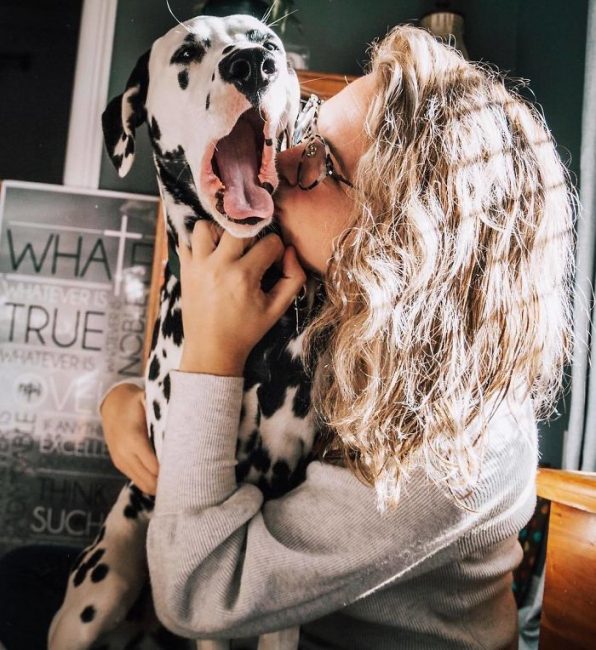 “I have been really lucky with Wiley, though. He has the best heart, and I’m not talking about the one on his nose. He loves everyone he meets and is always so excited to make new friends. He has been relatively easy to train and has made the best little adventure partner I could ask for. He requires so much attention, and he’s basically attached to my hip, but that’s what I love about him.” 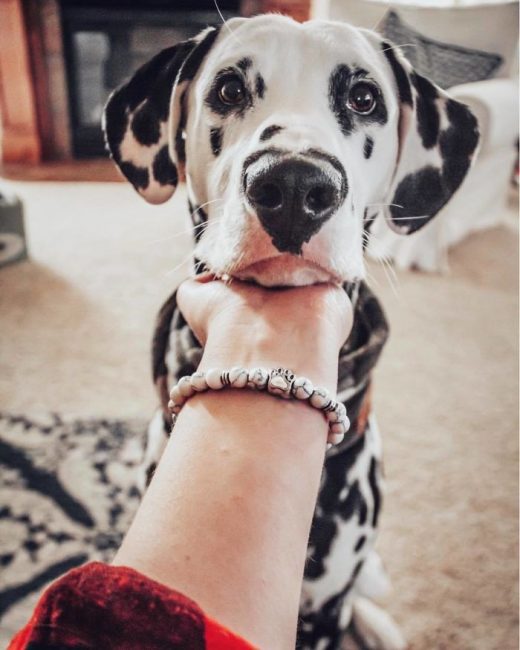 Fans meet Wiley in the streets on a daily basis. 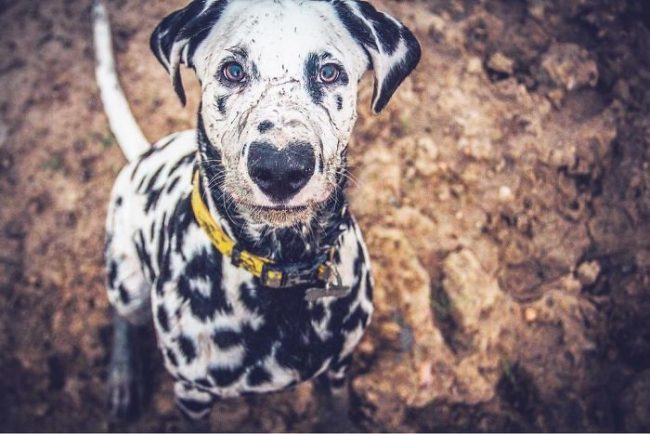 “Some people recognize him as “that dog from the internet,” a lot of people notice the heart-shaped dog nose, but mostly it’s just people shocking to see a dalmatian. “I haven’t seen a dalmatian in so long,” or “I’ve never seen a dalmatian in person,” are the most repeated comments I hear when I am out and about with Wiley.” 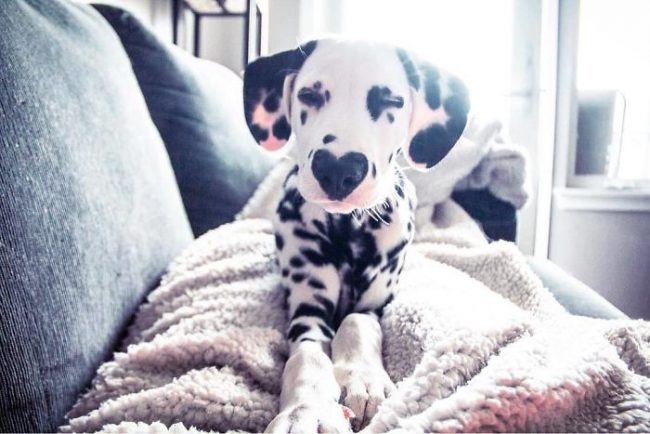 Lexi loves photography and Wiley is the perfect model 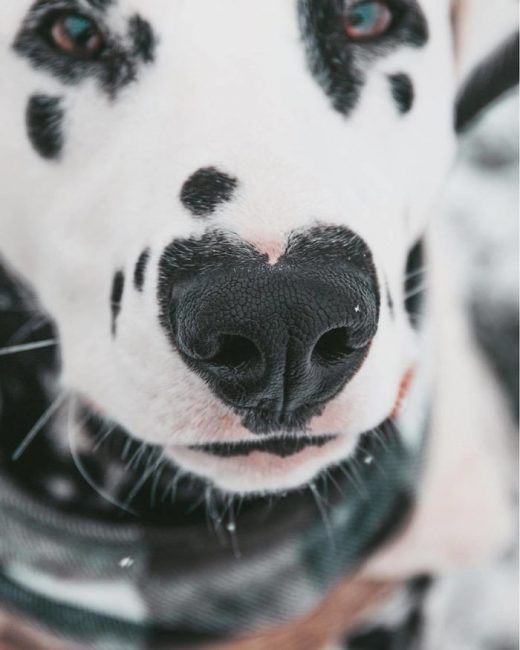 “Photography has always been something that I have toyed and experimented with, and suddenly I had an adorable puppy who made the perfect model. I have a personal account, but creating a separate one dedicated specifically to Wiley seemed like a great way to kind of store all my photos of him and keep a running timeline of his life.” 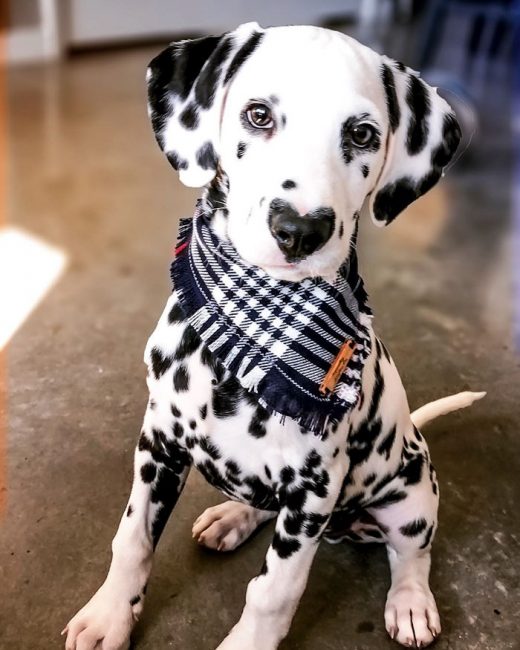 “It truly started as something meant for just me and maybe some of my friends to see his growth and keep the memories of every stage and event with Wiley. When the account first started growing, I remember thinking, ‘Wow, what if he hits 5,000 followers!’ I never in a million years could have imagined it would be what it is now. And it’s STILL GROWING. I am constantly amazed, shocked, but mostly so grateful. It has been a fun little adventure, that’s for sure.” 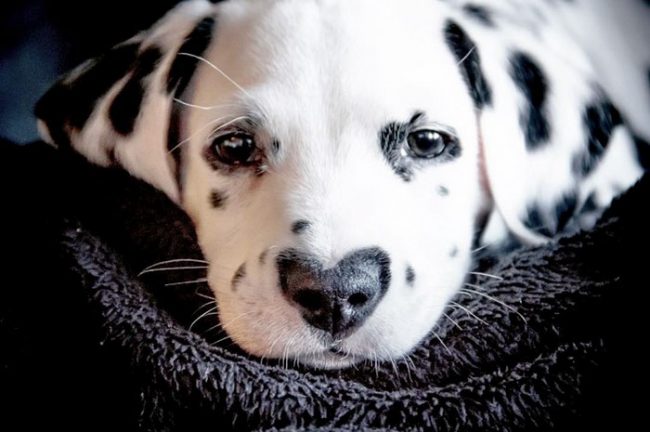 Lexi is lucky to have Wiley, and he is her best friend 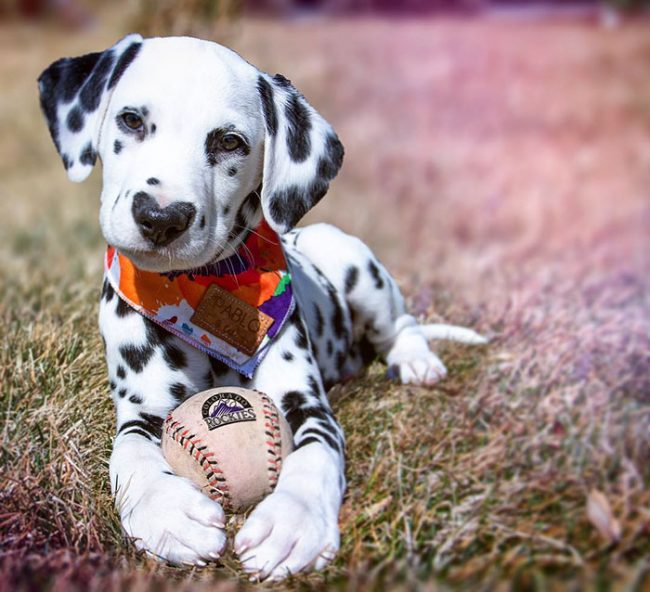 Wiley enjoys all the attention he gets and people really love him. He is a rare pup with unique personality. We would definitely love to see more from him! 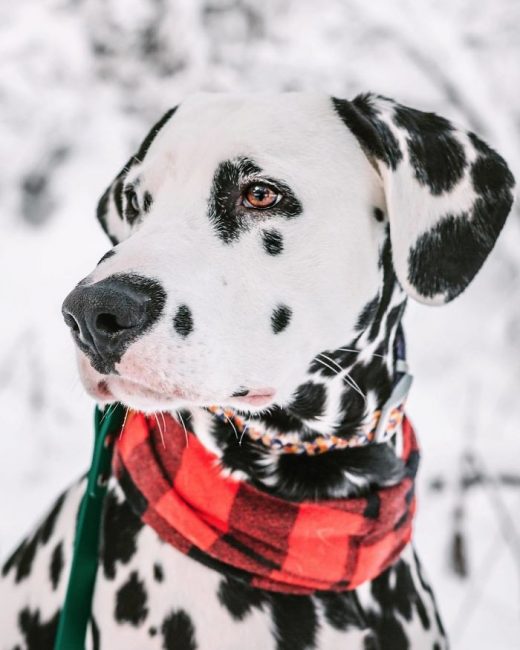 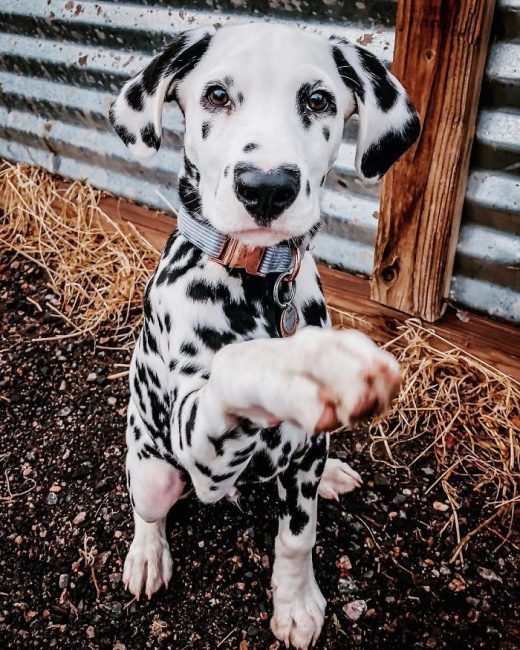 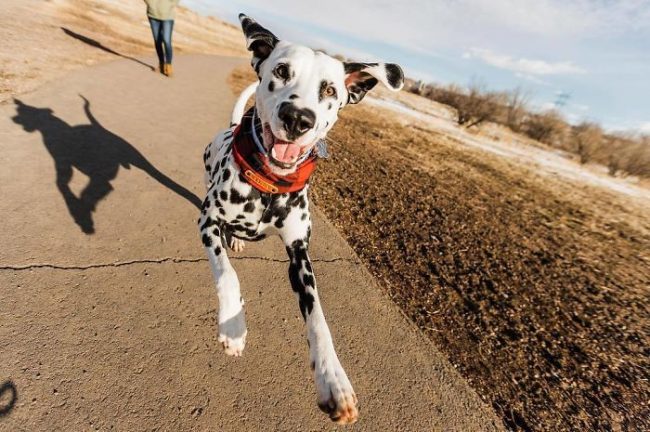 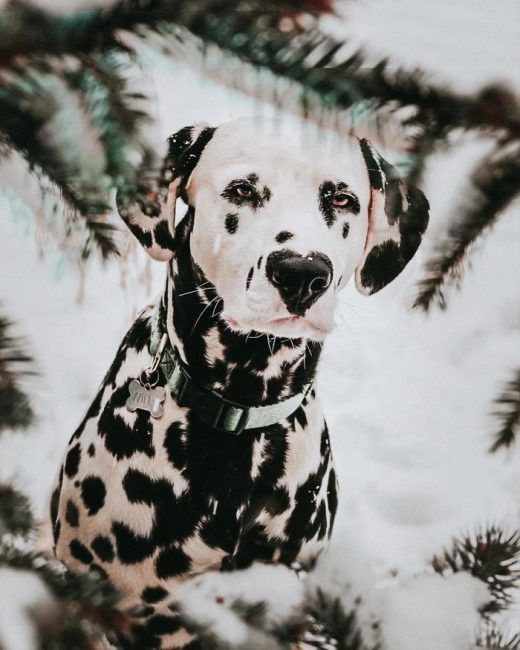 Lexi and Wiley spend a lot of time outside. He may be stubborn, but he really loves people. Lexi works really hard to train him and Wiley is really confident when surrounded by people. Follow Wiley on Instagram to keep up with his crazy adventures.